Bicyclists at the UW share the campus with pedestrians, buses and cars. To stay safe, follow these basic rules of the road:

Bicyclists are responsible for following all city and state regulations, as well as UW-specific bike guidelines. Read on to learn more: 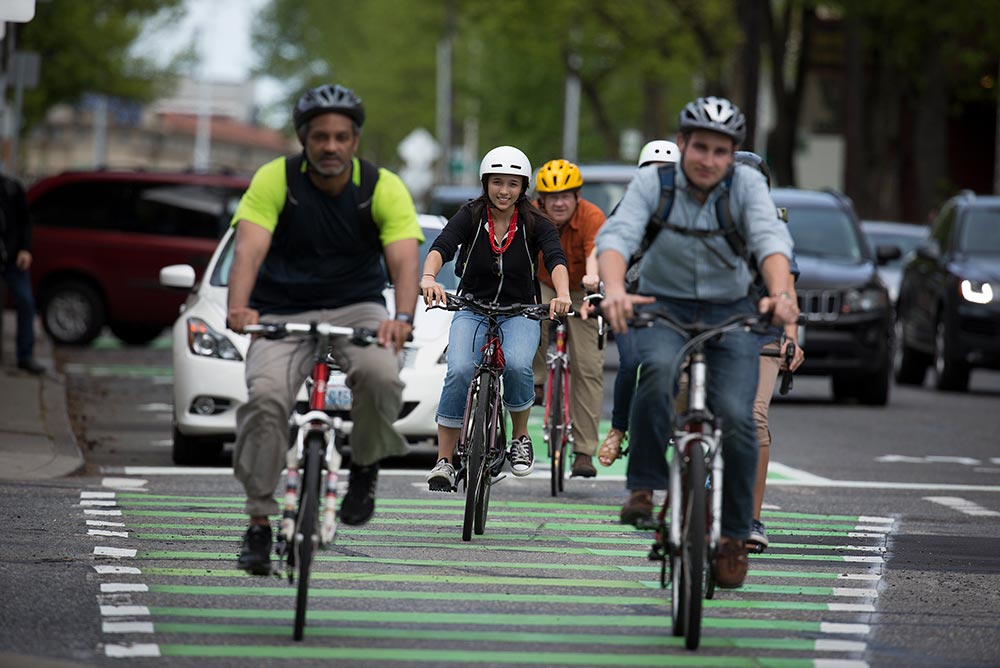 Get rolling on two wheels.