Several of our most popular parking lots are self-serve, allowing you to skip the gatehouse and pay on the spot. Some have pay machines where you enter your stall or license plate number. All of these machines take Visa, MasterCard and American Express as well as dollar coins or quarters. At the E01 lot, you must pay with a credit card at the gate arm entry. Pay by phone parking is available at all self-serve parking lots with the exception of E01 and W46.

Follow the directions for the pay machine or gate arm at your lot. It is important to enter your license plate information accurately to avoid the risk of a citation. If you are required to display a parking permit, please put it on your dashboard and make sure it is visible from outside of the vehicle. Refunds are not available, and you may only park in the designated lot. The self-serve lots and rates listed here do not apply during football games or other large campus events. 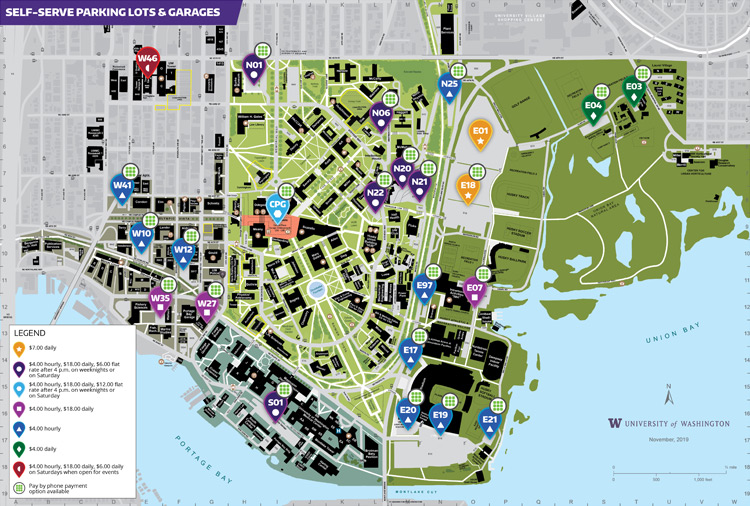 View a PDF of all self-serve parking lots & garages. (886KB)

View a PDF of all self-serve parking lots & garages. (886KB)

Visiting campus? You can now pay for parking with your phone at several UW lots.